I know it’s nostalgia because it aches a little. It’s something about the time of year. This is when, longer ago now than it seems, I’d sink into the thick of the school year. The air mellowed out, it got dark sooner, and summery shirts gave way to sweaters and scarves. We went indoors sooner, and we played games after school.

Nostalgia is about the pain of going home, and that’s what this is. It’s the strain in the arm of reaching back through the bars for something we can see but can’t reach. Tonight, for me, it’s about trying to recapture the days of play from back when. Summer was the time for messing around, but this was the season of games.

Writer and gamer Wil Wheaton, who’s great at writing his hands around those moments that are gone, dialed up the nostalgia for me this week when he wrote this:

My friends and I spent virtually all of our free time playing games during those years, and it’s when I really started to get a very strong sense of self, of who I was and what kind of person I wanted to be. It was a good time, and when I can viscerally connect to that time (the good stuff, anyway) it sort of relaxes and inspires me, and I have more unfettered access to my creative, uh, nature.

[from “It Helps You Imagine,” via WWdN:IX]

Right on. It was the same for me—for a lot of us, I think—and it’s something about this time of year that brings those days back to me, like the smell of an old coat you put back on in the new chill. I think of games past, of the old inspirations I had when so much of my imagination was stirred and fueled by after-school roleplaying game adventures.

Back then, especially this time of year, when the coats came out and our breath hung in front of our faces, all I wanted to do was play games and kiss girls. A lot of who I was and who I am was formed by those games, by the friends I played with, by the feeling of entertaining people with things I’d written and imagined.

If summertime is about fantasies, autumn is about mysticism. This is the time of year, that mystically charged period leading up to Halloween, when impossible creatures swoop down or lumber out and touch the possible world. There’s a kind of superstitious time-travel that happens, when old folklore and dusty customs materialize in the modern day. Something about this time of year, the tactile details of chilly fingertips and crunching leaves, makes the imaginary seem more tangible.

In the summertime, we ran around in the dark, being stupid, looking for things to do. Autumn is when the tables turned and the dark came for us, showing up not long after school let out. We went indoors, and the silly ideas of sword-wielding heroes battling scary monsters turned into coarser tales of sword-wielding people braving harrowing violence to save people they loved from sinister foes. Even our simplistic fantasy worlds gained texture. It blew in from our ever-more-complicated real lives like the smell of burning leaves coming in through an open window.

Maybe it’s all memory, all nostalgia. Something about the smell of fall, the quality of the air, creates this electric current between the modern me and times past, and old ideas and old memories come knocking. All the way through to Thanksgiving, all through this harvest season, we’re looking back at the crops we planted way back when. We have an immediate and visceral connection to what used to be—it falls down on our heads, sometimes in screaming colors. 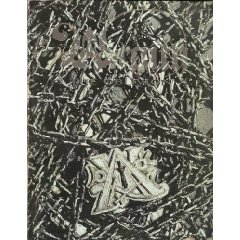 I remember sitting by an open window in math class, what must have been my junior year of high school, and looking outside, thinking about characters and stories for the Sabbat bad guys in my Vampire: The Masquerade chronicle, set right there in Chicago. I remember, for some reason, that that was when my interest shifted from what bloody mystical powers they would have to how I would try to make the world in our stories seem as real and colorful and achingly close as the autumn outside. I thought about soft black dirt between my fingers. I thought about leaves blowing in the wind around a corpse, like a dry tide. I thought about vampires missing the sight of their breath in front of their faces.

What can I say, I was seventeen. Just thinking about it, I’ve summoned the soundtrack to The Crow out of my iTunes library.

Maybe I’m mashing these memories up, but I also remember I had a copy of Wraith: The Oblivion in my bag (I was the only guy who’d run it, in our group), with its rough-under-the-fingers glow-in-the-dark patch, and that I thought about what it would be like to publish my own games. To create something that would evoke and inspire stories among other groups of friends. I’d known already, since forever, that I wanted to be a writer, but White Wolf put those personal anecdotes and behind-the-scenes pages into their books that made it seem like their lives and jobs were all about bottling a vibe.

This is what makes that electric link to the past feel weird. That math-class memory of Vampire and ghosts comes back almost every year, a tinge from another time, from the season of games. This is the first time it’s struck me since I’ve come out on the other side of my stint at White Wolf. It’s still fall, I still want to play games and kiss girls, I still have games to publish and stories to write, but something that was once ahead of me is now distinctly past. And with it has gone so much of that time to play games.

It’s strange now to look back and see some of the landmarks between now and then, to think about how different that kid playing Vampire was from the guy who later made some Vampire books. And how similar they were.

It’s like leaves in my brain dry up and fall away, revealing the branches underneath, many of them the same branches that were there back in the day when I was writing Vampire: The Masquerade scenarios in math class or designing new castles and dungeons for an after-school D&D adventure. Those old branches have branches of their own, now, and it’s the new ones that grow the leaves, but it’s all connected. Every year, it’s new ideas, but it all buds and falls from the same growing armature of imagination.

Then Nine Inch Nails’ “Dead Souls” comes on and I crank it up.