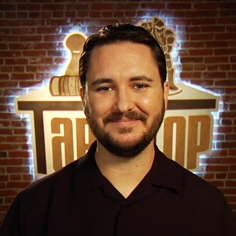 Writer, actor, geek, gamer, and producer Wil Wheaton has a shiny new web series coming to the shiny new YouTube channel, Geek and Sundry. The show’s called TableTop and its something like Celebrity Poker meets Dinner For Five except instead of dinner or poker there are fun and funny people playing fun and funny tabletop games. The first episode debuts on Friday, April 2nd, on the aforementioned Geek and Sundy YouTube channel.

Word from the WonderCon panel at which the network was announced by executive producer and prolific writer/actress, Felicia Day, is that the show will feature a variety of board games, plus RPGs like Dragon Age and Fiasco. Check out the show trailer and the channel’s sizzle reel for a glimpse at some of the guests coming to the show, too. I am maximum eager to see this show light up my computer monitor and, one hopes, to give eventual DVDs as gifts to would-be players seeking primers on a variety of fun tabletop games.

Check out the TableTop debut trailer and subscribe to the YouTube channel to let them know you’ll be watching.