What I Want in the Next Tomb Raider 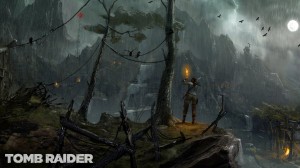 More than anything, the new Tomb Raider game makes me enthusiastic for another game in the series that takes the best from this new vision and jettisons the game’s meanest elements. The result might be a step back toward the franchise’s earlier swagger combined with the scale, detail, and humanity of this year’s installment. Call it gritty without being gruesome.

I’ll do my best to avoid spoilers for the 2013 Tomb Raider here, but be aware that I’ll be making some direct references to that game as I proceed.

Here, then, is what would go into my Tomb Raider sequel. 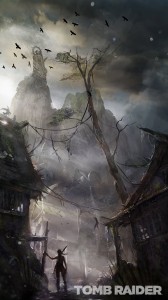 Give me more and larger areas to explore. Give me the jungles at the feet of Meso-American pyramids, give me an Etruscan village once buried in ash, give me the Valley of the Kings. Make up the specific locales, if you need to, but keep them closely tied to real history or folklore.

Tomb Raider uses a series of hubs, linked together, to let players explore the environment between story-driven escapades. I loved that ability to influence the pacing of the experience for myself, to hold off the next frantic narrative experience so I could spend some time scouring a crumbling Japanese village or wreck-strewn beach. I’d like more to do in such areas, especially if those areas can be rich in atmosphere and loaded with background detail.

Something I loved about Tomb Raider: the documents. These aren’t new tech — they’ve been some of my favorite parts of several games for 20 years, now — but they’re strong here. The voice performances are good, the material is varied, and it all contributes to the sensation that the locations in the game exist under or on top of layers of history. The way those documents connect and interact to inform Lara about the truth of the island was skillfully handled. Thus we have exploration not just laterally through space but back into history.

In my sequel, the action would still be focused in one part of the world — whether it’s Mexico, Italy, Egypt, or wherever — but the fast-travel camps would be farther apart, representing journeys by boat, by hoof, or by plane within the story’s central area. (Save the world-wide jaunts between far-removed camps for a later sequel; build to it.) This makes part of the new Tomb Raider dynamic not just travel to exciting locales but digging deeper into them than, say, a roller-coaster adventure romp like Uncharted does.

Each area would contain loads of relics and documents to uncover and the localized errands might sometimes resemble side-quests from games like the Assassin’s Creed titles. Help locals rebuild following an intrusion by villainous looters, maybe. Reassemble antiquities for trade or delivery to local museum teams. Eavesdrop on someone (for a stealth jaunt). Hunt some predatory animals that are mysteriously attacking humans. That sort of thing.

Doing all of that would require new tools and simple mechanics for crafting or building, for example, which could easily be things in Lara’s repertoire now that just don’t come up on every adventure or that she learns to do over the course of this game. These sorts of side quests would help create a richer fictional world by characterizing the NPCs (as was done in Tomb Raider) and contributing to two other things I’d like to see in my sequel: More action than violence and new steps toward mastery.

Tomb Raider is a bloody, violent, sometimes vicious game. I get why that is. I feel it went too far. So let’s change the nature of the violence and the action in the sequel.

The gunplay and melee mechanics can work about the same as they do now, let’s just change how often they come into play. The last two or three combats in Tomb Raider were not a lot of fun for me. I learned eventually to try really hard to take out bad guys using stealth just so I wouldn’t have to slog through longer fights. That’s a fine dynamic, in my opinion, but I could stand to see it come up less.

Replace some of the combats with different kinds of action, be they chases (on foot, on horseback, on motorcycles) through great locales (like bamboo forests or the ruins of Pompeii) or a roster of new survival sequences like those in the current game. I’m also rather a fan of puzzles and traps in these games, so there’s those. The point is, we can have peril and action and adventure without having to leave the kinds of body counts that Lara Croft and Nathan Drake have in previous titles. 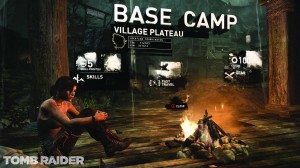 The Steps to Mastery

One of the challenges of creating a sequel to Tomb Raider must be finding either a new arc for Lara to undertake, so she has things on which to spend skill points. Another must be finding a reason to deny her some of the awesome tools she has at her disposal by the end of the current game (and can presumably afford better versions of for luckier expeditions). Otherwise every hub zone needs to accommodate all of her skills and tools in their puzzle design and, while I imagine that’s possible, it presents a bit of a steep learning curve and makes it trickier to predict and design for the order in which, say, key documents or relics are acquired. It also makes it potentially harder to keep XP as constant and compelling as it was in this game.

Establishing that Lara Croft is going to learn some new skill or set of skills in each Tomb Raider game does two great things, in my opinion. First, it says that her mastery encompasses more than survival and combat. Second, it says that bad-asses never stop learning, which I think is pretty terrific. (You could do that in a totally cheesy way, of course, so what? Learning and knowing stuff is bad-ass.)

So, in my sequel, Lara ventures to a part of the world she doesn’t know quite so much about yet and learns not only some of its history and culture through documents and relics, but she learns how to build things besides guns along the way, from her allies and contacts. Maybe she learns a language or two that help her to decipher documents after they’re recovered and speak to NPCs in more remote locations. (That’s not a bad key-and-gate mechanism, right?) Add these to her survivalist and battle skills, so she can start as an awesome heroine and learn some other lesson(s) this time out.

If we need to keep the salvage mechanics and the weapon-building system, we can strand Lara in some jungle somewhere for part of the game, but I think that system has served its purpose. I’d rather see it used next to repair machinery to travel to the next hub, to assemble relics or antiquities for trade or mystical usage, or for some other purpose. I’ll think on it.

One last thing to keep from Tomb Raider, and it’s a brilliant choice that adds so much that I would’ve have expected: optional tombs. Having a supply of optional, puzzle-driven, evocative tomb-environments explorable for XP and bonuses that aren’t technically essential to play was a terrific choice. I don’t know what players would knowingly skip over the tombs in that game, but just knowing that they were optional had two great effects on me:

First, I was so sure that the next tomb I entered would be the one I wasn’t ready for yet — the one that would grind me up with deadly traps and spit out my bones. They became little packages of unknown rewards and challenges, playing with my expectations in interesting ways.

Second, because they were optional, they somehow felt to me more like rarely seen or lost spaces. They’re not, that’s ridiculous, but it was easier to imagine that I had stumbled upon something — something lost or forbidden — with each tomb. Nice touch.

So, in my sequel, I double or triple the number of those that are around and I make some of them a little more dangerous than they might seem. “Don’t go into those woods,” say the NPCs. “They’re haunted.” And a couple of those tombs really are haunted. The achievement you get for finding and completing this or that tomb feels like a treasure itself.

Now, having said all that, I have to admit something to you. This is very nearly what I would do with the Uncharted franchise, too, I expect. But Tomb Raider introduced the crafting mechanics and enriched exploration rewards that really makes me want to see them expanded even further, so credit where it’s due.

You’ll notice, though, that I haven’t touched on story here. While I can think of several ways to structure a great Lara Croft story for a sequel that does what I’d want a sequel to do… I’m not going to give those away here. This is, in part, because I’d like to save them for future work. And this is, in part, because I’m channeling some of those ideas into tomorrow’s post about… a game that I hope has a chance at getting made, thanks to the lessons of Tomb Raider and Uncharted and their ilk.